Taruni Gandhi, Chandigarh : Who will make government in Punjab, this major question is not letting Punjab Politicians sit back. Many politicians’ are seen at the doorstep of Astrologers, some are conducting secret meetings and remedies and some are openly visiting pilgrimages. Navjot Singh Sidhu too became active again and attended his party meeting. Today in the office of PPCC a meeting in respect of Membership Drive is carried out by Navjot Singh Sidhu, President PPCC and in this meeting, it was carried out that the membership will reach each and every nook and cranny of Punjab State.

On the condition of anonymity, a famous astrologer of Chandigarh told The Daily Guardian that Congress’s few top leaders are seeking a remedial astrological way out from him so that all the current hurdles that they have been facing could be faced out soon. A few days ago Chief Minister Charanjit Singh Channi was seen feeding cows in Gaushala and paying obeisance at Ma BaglaMukhi Mata Mandir. Also, other ministers like Sukhbir Badal too visited religious places post-elections. Though as per the city-based astrologers, and political experts it would be hung mandate in Punjab. 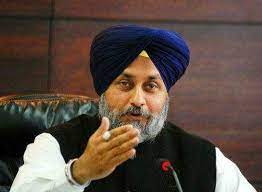